As a homebody, I love cozy nights in, binge-watching TV shows. They move faster than movies, and there are more episodes to enjoy! I didn’t have cable for about 5 years, so I became reliant on Netflix for my TV entertainment.

To put all my watching to good use, I thought I’d share with you my picks for the best TV shows on Netflix. These are my favourites that I’d highly recommend for your next night in.

If you get hooked on Bones, you’re in luck since there are a bunch of seasons available for streaming. It involves crime solving in a unique but super-smart way. An anthropologist and FBI agent team up to face a new case each episode, and there’s some strong character development and a few laughs thrown in for good measure.

This show seems to fly under the radar, but Season 1 was killer (no pun intended!) and deserves a watch. It’s your typical crime drama, but the whole season follows one murder which makes it feel more like a mystery or thriller. The story unravels episode by episode, making it worth binging!

If you’re more of a realist, these shows profile real-life crimes and how they were solved. They’re similar in format which is why I grouped them together.

This is a Netflix original series that is just superb. It centres around a family with oodles of drama, and uses flash backs to slowly tell the story of something… well, criminal. Season 1 was my favourite, but the others are worth a watch too.

Politics, foreign affairs, extra-marital affairs, terrorism, war… this show is chock full of intensity and Claire Danes is amazing in it. I’m actually rewatching the entire series from the start since I loved it so much. It’s even better the second time around!

A high school chemistry teacher is diagnosed with cancer and turns to a questionable “hobby” to pay for treatment. This show deserves every ounce of praise that it gets – watch it.

The prequel to Breaking Bad has a different flow and several new characters, but it’s also fantastic. It profiles the rise and fall of lawyer Saul Goodman before he becomes the Saul we all know and love in Breaking Bad.

The show that got me into country music! Love the music, love the drama, love the sometimes-crazy-but-totally-addictive plot. Its a bit of a soap opera, but fun to watch.

How to Get Away with Murder

If you’re a fan of Viola Davis, this show is a must-watch. It’s a fast-paced legal drama with a healthy dose of crime mixed in. Layers of character history, wild personalities, and a “whodunit” feel make it gripping.

As a fan of Archie comics when I was younger, I was intrigued by the concept of Riverdale. It’s a drama with a criminal element, a strong cast, and a fast-moving plot.

For some serious comic relief, check out this Netflix original which follows two women as they adjust to life after receiving some shattering news from their husbands.

Probably my favourite comedy of all time. If you haven’t watched The Office, stop reading this immediately and turn on the Pilot. Steve Carrell is hilarious as the manager of the Dunder Mifflin Paper Company’s Scranton branch. The show follows the daily antics of the branch, and every episode has laugh-out-loud funny moments and lines I repeat on the regular.

One Day at a Time

This sitcom about a Cuban-American family does a beautiful job balancing comedic moments with deeper storylines. It centres around a single mom who is raising her two kids with the help of her mother. The characters are incredibly relatable, and every episode has a strong underlining message. Plus, the theme song is super catchy!

This show is more of a dark comedy, and it centres around Sam, a teenager on the autism spectrum. The show follows his life and that of his family as they navigate changes. Only Season 1 is available, but it’s been renewed for a second season.

I’m not normally a big fan of sci-fi shows (hence this being the only one on the list!) but Stranger Things is well-done and gripping. It centres around a few families in a small Indiana town in the 1980s when their lives are touched by the supernatural.

There you have it – my Netflix recommendations! Leave me a comment below and let me know what you’ve been loving TV-wise. (And if you’re looking to share a Netflix membership to save money, this post has you covered!) 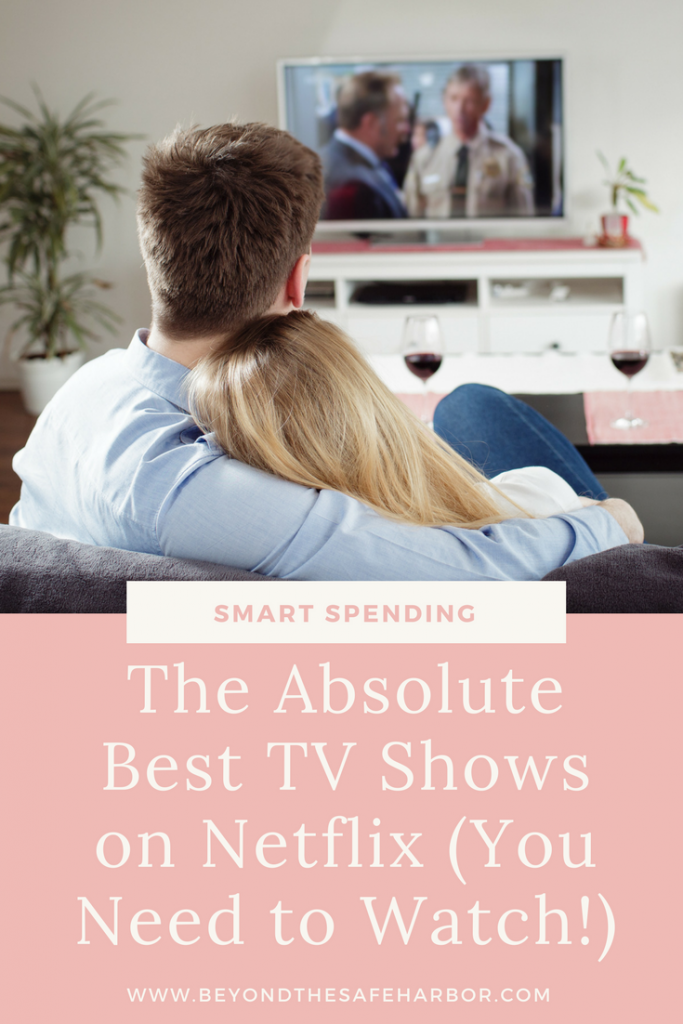 « How to Get More Energy Naturally: 4 Easy Ways
How to Ace Every Exploratory Interview »